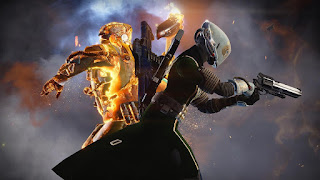 This should be no surprise to anyone reading this, but come August, Bungie has announced they will be limiting support for the XBOX 360 and PS3 versions of Destiny.

What does this mean exactly? no new content. The Taken King will still be available for the systems, but there will be limited access to events. So say goodbye to Trials and Iron Banner. This also effects the live events such as the Crimson days and Sparrow racing as well.

Legacy players will still have access to bounties and challenges, Xur will continue to make the rounds, though some of the exotic items will become unavailable.

In order to continue with such events, players must upgrade consoles and purchase the Rise of Iron DLC coming September 20th.

This comes as good news for all Destiny players out there. Honestly, Bungie supporting the older versions has limited Destiny as whole. In order to move forward, somethings have to be left behind.