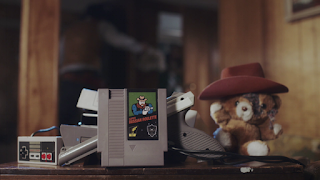 This is probably the most interesting kick starter I have seen in awhile. Super Russian Roulette is a new party game coming to the NES.

The game looks like a basic party game that makes use of the Nintendo's Light Gun in a way not seen before. The game puts you and friends up against a fully voiced trash-talking cowboy in a friendly round of Russian Roulette.

Yeah, its odd to say, friendly game of Russian Roulette, but this looks like an absolute blast.

The kickstarter currently runs for another 27 days and pledging $55 or more will snag you the game cart, soundtrack and a supporter sticker.