A Boy and his Blob Reprise coming to Current Gen. Consoles 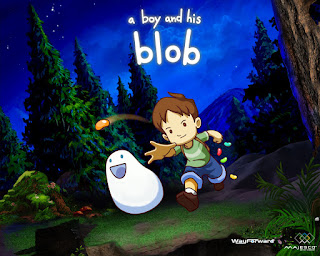 A Boy and his Blob started life on the NES and was pretty successful. The game was reprised/remade for the Wii, many years later, and is now headed to XB1 and PS4.

Never playing the game myself (because its not a part of my backlog yet) I can say its peaked my interest a few times when browsing the Wii's library. Its got a cute simple art style to it and I'm a sucker for platformer's.