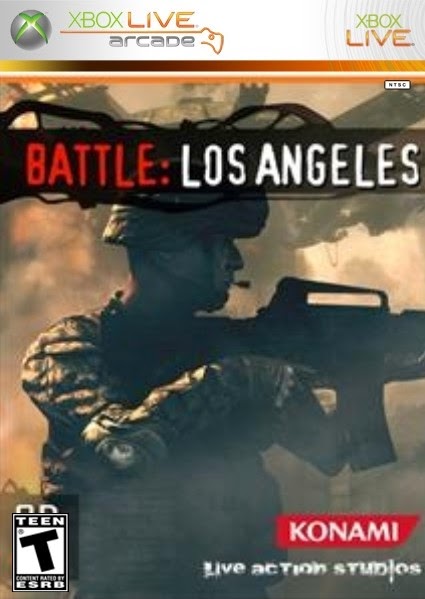 Uhh. This is one of those games that you go out and play just for gamer score, and to say "Hey, I finished Battle: Los Angeles". But that's nothing to really tout about, so I'm not sure if anyone would actually ever say that.

Battle: Los Angeles is a Sci-Fi first person shooter based on the 2011 movie of the same name. It was developed by Saber interactive, who also gave us this the magnificent Halo: Combat Evolved HD remake.
But this creation is no trophy by a long shot.

This is a very, very simple 200 gamer score. I finished it in under an hour and that's counting 3 playthroughs. 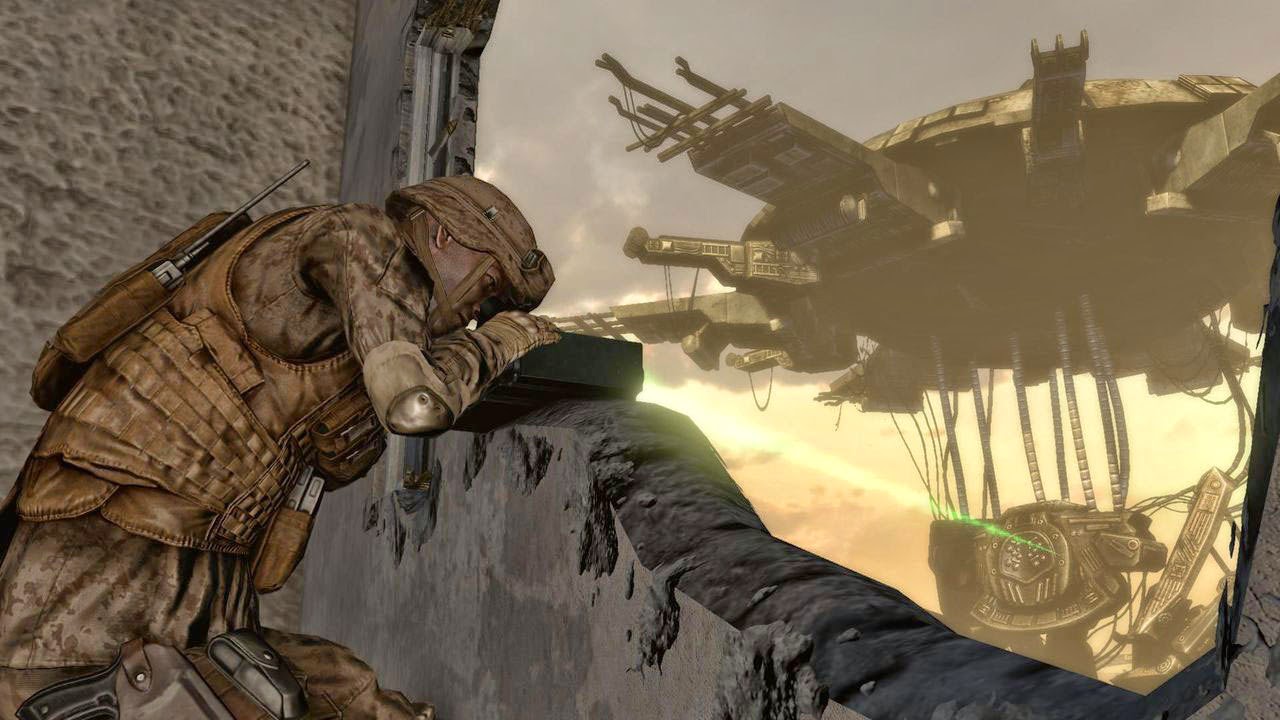 First start off and play on easy, and use the sniper rifle at all times (its a 1 hit kill on easy and normal usually).
The only time you ll have to drop it is too pickup rockets for boss type battles, but don't worry it will show back up shortly in the level.

You can follow the guide on TA since it does a good job of detailing things, but its only necessary on the kill two aliens with 1 rocket achievement. After you've got that one, you can just play the game.

Like said the game requires 3 playthroughs. One for each difficulty (easy,medium hard). But the game is only 3 missions long, yes that's right, 3 whole missions, that take about 5-7 minutes to breeze through.

This game is a huge disappointment, aside from gamer score. I paid 400 MSP for this back in July 2013, when it was a DOTW, and even at the discounted price, I feel cheated. This games campaign takes 15-20 minutes to complete. That's ridiculous for $5. I would have been better buying a $1 sports game from game stop. 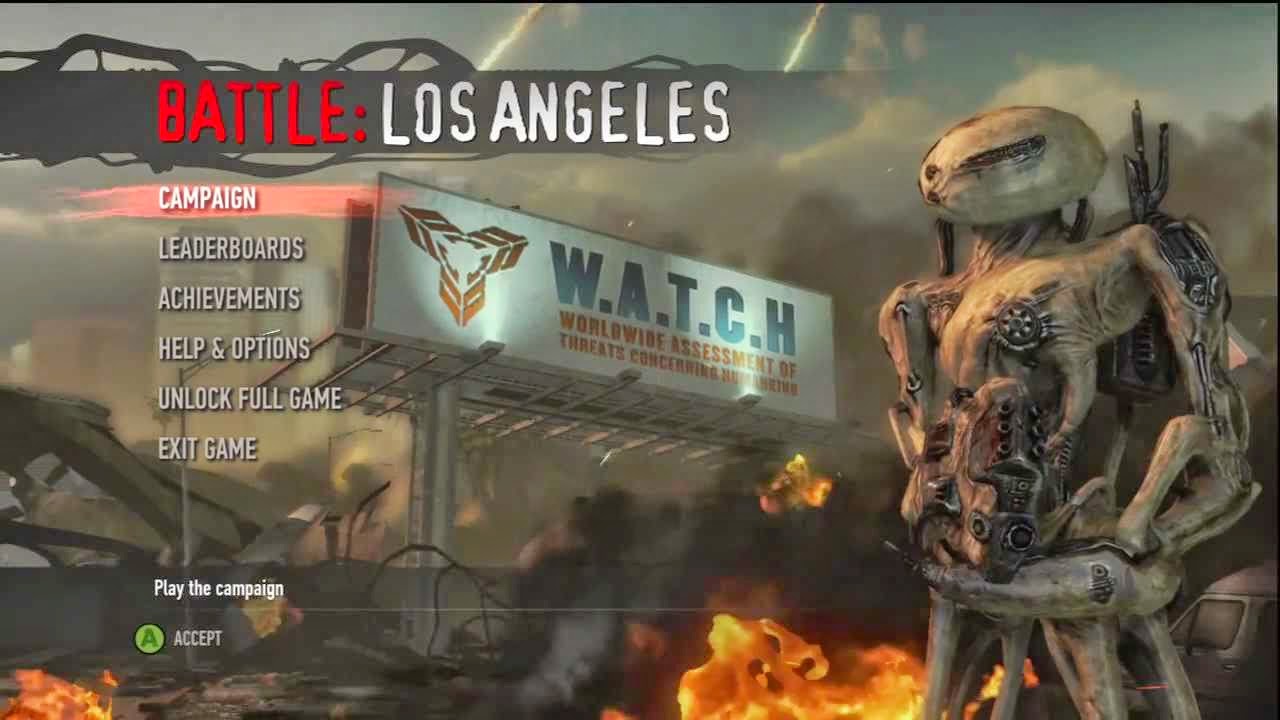 The other thing I have to suggest, is go into options and raise your look sensitivity to the max. If not you'll be turning around like a turtle.

The game also has limited sprint. \It wouldn't be that bad, if the differences between walking and running weren't so much of a leap. When you run it feels like warp speed, but once its gone (which is really quick and there is no meter to show) you feel like the millennium falcon coming out of light speed. It feels like you completely stop.

Other than the controls being a bit weird (layout) for me. There nothing else to really say.

Play Battle: Los Angeles for its super simple achievements and gamer score, but that's the only thing you'll be able to enjoy with this title.