Nintendo Has Lost It's Vision 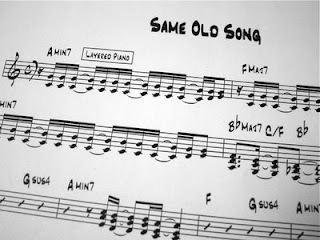 So I'm watching the Nintendo Direct video, and I'm sad.  Nintendo, the once high and mighty, have lost all vision.

They keep releasing the same games over and over again.

So far another Pokemon, another Mario World (now with cats) and a Legend of Zelda: Wind Waker HD Remake has been announced. Just now another Donkey Kong Country title.

Nothing new, nothing extraordinary. I love Nintendo franchises as much as the next guy, but come on. Give us something new, something original not these remakes and updates.

Bayonetta 2 brings us a new hairstyle. A new Smash Brothers is coming to the wiiu and 3ds, but not till 2014.  So what is there exactly coming out that will hold WiiU fans over till then. Nothing.

Nintendo fans aren't getting anything till this fall.