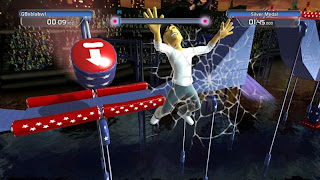 But upon the arrival of its younger sibling, Doritos Crash Course has been put out to pasture and terminated from the marketplace.

This seems odd to me because a new DLC pack was just released for big brother this year (the DLC is still on the marketplace for anyone who hasn't bought it yet).

For all those people who didn't finish the original achievements before starting the DLC and now have glitched achievements, time to abandon hope for a patch.

***RIP*** Doritos Crash Course, you brought me many frustrated moments during your life.