Looks like that **Always Connected** Rumor may just be legit

- April 05, 2013
After doing some more research on my last post, I have found that the Creative Director at Microsoft Studio's in question was one Adam Orth.

The guy, from what I have read, had a complete meltdown on Twitter (@adam_orth)

Since his breakdown, he has set his Twitter feed to private, but the damage has been done and screen captures taken. 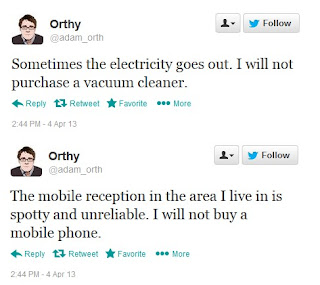 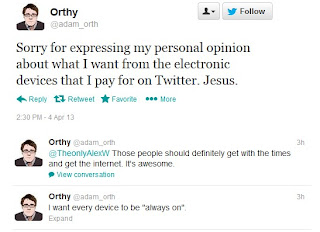 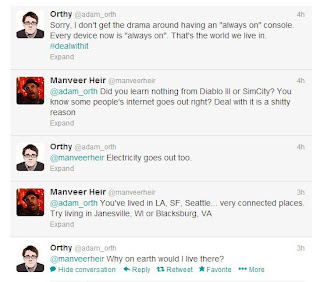 When the next Xbox is shown and this  a reality (like it looks like it is), I'm out... Hello PS4
720 adam orth always on confirmed? microsoft pr nightmare rumor xbox