The Ouya. Worth it or Not? 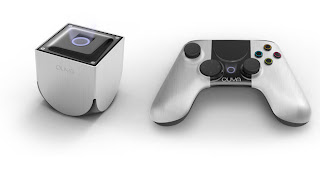 The Ouya is a new console set to release in June. The system is android based and is supposedly easily hackable, which is one of their marketing points.

System comes with 8 GB storage with a SD slot for extra memory. Not horribly priced at $99 w/ contoller (extra controller $50) if you are wanting to mess around with some third party stuff and do some none achievment gaming.

The console offers some online gaming and is expected to be released with 200 titles including such titles as Final Fantasy and Minecraft.  Ouya plans to release a console every year. With emulators and tons of titles to be released should have plenty to do.

Still at $99 unless your into the android scene I'm going to say not worth it.  But only time can tell so that could always change. Let me know what you think.
android final fantasy hack minecraft ouya