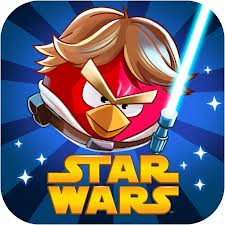 It’s been a couple weeks since I last posted a restroom game of the week. I got a little tied up last week.

But its back and this week’s pick is Angry Birds Star Wars.

Angry Birds games are notorious for being hard and super grindy when it comes to achievements, but this one isn’t too bad and is the easiest of the bunch. This one doesn’t have the notorious Smash Maniac so you’re not grinding for a month or more over and over again. Wanting to throw up every time you hear their stupid squeals.

This version of AB has the smash so many blocks with this bird and that bird, but following a guide on TA will net you all of these rather easily. I started out by just playing the game (not trying to 3 star entire game) just one star to progress. I basically completed the campaign, then went back to my list and pulled up TA for the rest, but there are a couple of tips I have that I’d like to point out. 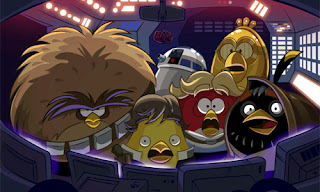 Walking Carpet - The guide tells you a level to get this on, but while watching Eric try to get the achievement, I saw that the turret just shot over his Chewbacca bird. So I searched through and suggested him try level 2-32, this was the same level I received cheevo on. Sure enough he got it first try. So anyone having issues with this throw your first chewbird(?) straight and it should get rolled up into space with shots fired from second turret.

Star Bird Fan, True Star Bird Fan, Star Bird Addict Cheevos - This may be detailed in the TA guide, but I never looked to check it. This version of AB stays open if you start a level and lock your phone. So if you’re not wanting to play for 30 hours (I don’t blame you), before laying down for bed boot it up start a level, throw one bird, then lock your phone. It will set there and accrue 6-8 hours of game time (or however long you sleep). These were the first achievements Tony got on this game and I got this tip from him.

5-10 bathroom breaks should net you the 190 GS (maybe a few more depending on skill). There’s one achievement though that will take awhile for the full 200.

Fly Bird Fly - Launch 5000 birds. I started this after I finished everything else. I started grinding it out on 2-40. You get 5 birds on this level and id just keep throwing them straight down (quickest way to discard them) then throw last one straight down, pause and restart. Over and over and over etc. 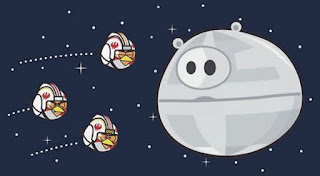 Well that got super boring but lucky for you all reading this, AB Star Wars just got an update with additional levels on Hoth. So I would play a few of those to break the monotony, and then grind away on 2-40. This achievement really, really sucks. I just kept flinging birds, whether I was watching a movie, on lunch break, at a stop light. I finally unlocked the achievement this morning during breakfast. I think I’m done with Angry Bird games for awhile.

This game is a rather easy 190 gamer score, but the full 200 will take 4-5 hours of straight grinding easily.