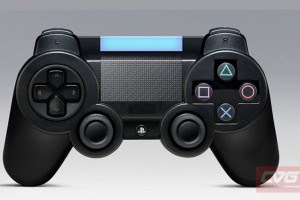 Been giving the PS4 alot of time on TSG here lately. Guess that's what happens when we get a glimpse at the next gen.

Late yesterday we got news that the PS4 can play used games. That good news right? that's basically what is going to determine which console I go with this next gen.

We also got word that the PS4 will not support PS3 controllers.

I honestly don't see how anyone would expect it to support PS3 controllers. I mean the 360 didn't support The Duke and I don't think the PS3 support PS2 controllers (not a PS3 guy could be wrong here).

But the Used games thing is a relief though right? Well it doesn't settle my thought that it wont play them. If you look at how it was worded of course the PS4 can play used games. The real question is WILL it play them.

Maybe I'm just looking to far into it... This industry will do that to you.
ps3 controller ps44 sony support used games