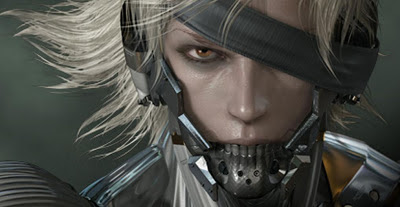 This is going to be a big week for us gamers. Wednesday could possibly bring us the first look into the next generation of gaming with Sony's Press conference. We will either see the PS4 or a Vita Armageddon (Vita owners can only pray).  But there is more than just that, this week we get Crysis 3, Metal Gear Rising: Revengeance for us in the US. Europe finally gets Persona 4 after a long wait, and we finally get to find out if the first AC3 DLC lives up to its expectations.


Crysis 3 brings us to an New York City that's encased in a "nanodome" which has caused a natural environment among the city including rain forest, swamplands and rivers to this monster of a city. Also did we mention that the city is alien infested?

Crysis 3 Multiplayer on the other hand pits 2 players in nanosuits along with bow and arrows against 14 heavily armed and superior soldiers.

This latest Metal Gear game (developed by the makers of Bayonetta and Vanquish) takes the focus away Solid Snake and his stealthy game play, and pits you as a cybernetic enhanced ninja named Raiden along with a kick ass sword in an over-the-top arcade action title.

The PS2 RPG Persona 4 reboot for Vita finally gets released to our friends across the pond. The Vita release contains a new character, new social links and story events not seen in the original, as well as more voiced dialogue, new personas to collect and an expanded Okina City to explore.

It also includes an online dungeon rescue feature, which allows users to call on their friends list for assistance when they are about to die in the game's TV world.

The DLC we all knew was going to be available ever since first purchasing the game finally gets a release.

This campaign DLC explores what would have happened if George Washington had become a tyrant, as Connor wakes from a dream to discover that Washington has become king and attempts to dethrone him. This is the first part of three separate episodes. Yay DLC ;{


I know I haven't detailed it yet but I plan on it here soon. We are an affiliate of Amazon. So if you guys purchase anything from Amazon.com we get a percentage of your purchase back. This doesn't cost you a dime but helps us with giveaways and other things here at the site. I plan on writing a big article detailing it. So that's what the links are for.

We will also be having a points code giveaway here soon also.

So is anyone buying anything this week?
ac3 Crysis 3 game releases King washington metal gear rising Out this week Persona 4