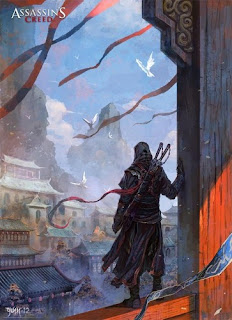 Today Ubisoft announced that a new Assassins Creed game featuring a new hero and time period will be coming in financial year 2014. That places next title anywhere from April 1st, 2013 - March 31st, 2014.

I'm banking on it being a release title for next gen systems.

I'm kinda saddened though that Connor only got one assassin outing. I haven't finished the game yet, so maybe i should leave my position to myself.

Any speculation on where the next title takes place?
assassins creed 4 new ps4 ubisoft xbox 720