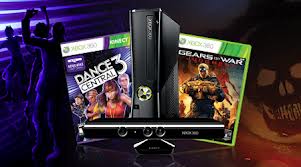 So a little while ago, a post showed up on CAG detailing a contest from Lipton/Brisk where you can win Microsoft points, swag and even dance central and Gears of War Judgement. I figured why not so I started texting the number 5 times a day (the limit) well two weeks ago I got a winning text back saying I had won, and to expect a confirmation email.

It never showed up, so i went to the website and contacted support. I sent them a screenshot of the text I sent and time I received the wining notification. I got an auto-response say thanks and one of their agents would contact me soon.

Two weeks pass and I gave up all hope. Well finally yesterday I received an email saying I was put back on resend email list, and Id be receiving it in 6-8 weeks.

Today though I received an email saying that they had got to this sooner rather than later, and I had my confirmation code. So I rushed to the website and entered my confirmation code, filled out details for shipping then was granted with a page stating that I had won Gears of War Judgement for the 360.

I wasn't really looking forward to this entry in the series but cant say no to free.  Such a happy ending.

For anyone else wanting to get in on this its simple.

Just text 87963 with one of the following codes:

Doesn't have to be capitalized. you can send up to 5 codes a day.