Track your playtime with Raptr 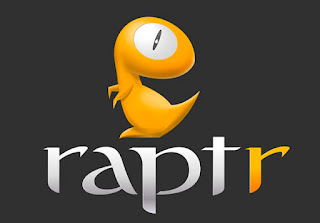 I recently signed up for the tracking service Raptr. Raptr is a social networking site geared towards us gamers.

It tracks your time played on each game, achievements you've unlocked, and how commited you are to an individual game. The site also offers free dlc, games and content from time to time based on your playing history. Raptr tracks all online play with PS3, 360 and Steam (sorry WII fans).
Raptr also allows gamers to publish their gaming accomplishments to other sites like Twitter and Facebook.

Partner this with TrueAchievments and you can track exactly how long the supposed 5 hour game has taken you. Of course this isn't exact so if you set at menu screen (or xbox menu button) for awhile, it runs up your time in game. Because of this I'm probably at 300 hours on Alpha Protocol, but its still pretty neat to check out.