Showing posts from August, 2012
Show all

Sitting out this Round - Next Gen Revs Up 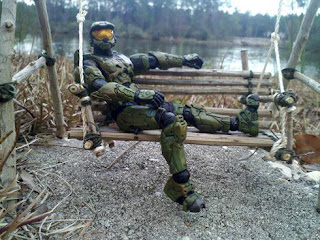 If you haven’t figured it out by now or have been living under a rock for the last year or two, the next generation console race is upon us.   I was late to the party last time. I had my Original XBOX and a library of other games which kept me occupied for a long time. That was until Halo 3 was announced, then I jumped on board with this current gen and have enjoyed it ever since. With all the information being leaked (since nothing official has been announced) and the apparent price drops to clear out old inventory (Kinect). Things are being geared up for the next big race. Unfortunately I can see myself sitting this one out again this time for a little while, and here is 3 reasons why. 3. Necessity At this point I don’t feel the need for a new console. The 360’s I have plopped around aren’t dying nor do they appear to be running out of steam or gas anytime soon.   They are more than efficient at providing me the entertainment I need/desire, and if they ever fail, I have a Blu-Ray
1 comment
More »

- August 21, 2012
Ive been on a hiatus for a little while now (family expanded) so im trying to get back in the groove of things again. First things first, out with the old in with the new. Im trying a new template, a free one I found online. Its all HTML, so time to brush off the old HTML book and figure out how to customize this sucka. Stay Tuned
Post a Comment
More »

This site hasn't gotten much love this past month, but I'm still very much around. A couple new things in the works. We got a new logo on the way thanks to an old friend of mine, Tullar (thanks again man). So that should be unveiled soon enough, and I absolutely love it. I also have some new reviews and gameplay footage on the way. Ive also been rolling around a podcast idea, but that's not quite picked off the ground yet. Stay Tuned.....
Post a Comment
More »
More posts