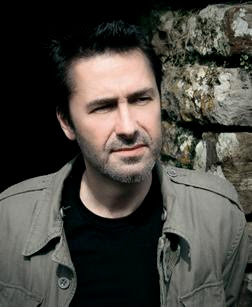 So if you all haven’t been able to tell from today’s post, I’m a huge Halo fan.  It was one of the very first games I got for Christmas (along with my Xbox) in 2001. I remember booting up the game and hearing the sweet sound of monks as they belted out the theme. Ever since that moment I have been hooked on the series.  Halo 3 was actually the only reason I ever got my first 360.


The orchestral arrangements for the games have always added to the overall experience of the game and help immerse you even further into the storyline. I remember on Halo 3 just sitting at the main menu and waiting for “Never Forget” to start playing in the background.  That song basically captures the entire Halo 3 story and mood for me.
So today we learned that with Bungie out of the mix, Martin O’Donnell has also been replaced as composer for the Halo series. The new composer who has been given the keys to this deep universe is Neil Davidge.  Neil previously worked as producer for Massive Attack, and has some other film experiences under his belt.
I’m going into this optimistically, but secretly there is a voice in the back of my head saying “Hey dummy, it’s not Halo with O’Donnell.” But I also keep looking back at the Halo Wars Soundtrack which was composed by Stephen Rippy, and it fit the universe and stories just fine. So let’s all stay optimistic, at least until we get our first sound sample.
4 davidge halo music neil orchestra ost