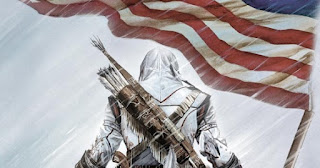 Yesterday, we got a our first preview of the different AC3 editions coming to Europe.

The game will be released in 3 different editions. The first and most expensive is the Freedom Edition: 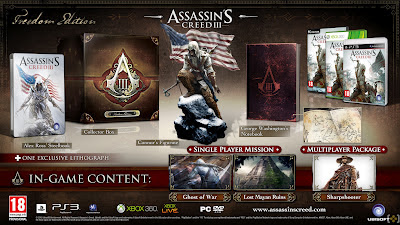 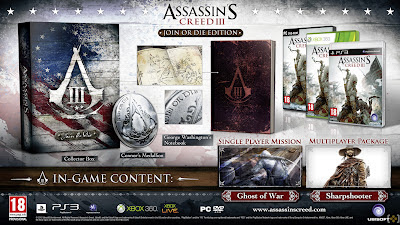 Join or Die will include the Ghost of War mission, Sharpshooter multiplayer package and George Washington's notebook, plus different packaging and an Assassin's medallion. The Join or Die Edition will cost £64.99 on consoles and £34.99 on PC.
Finally, a special edition (no mention of price) has also been announced. the Special Edition will contain an exclusive single-player mission called "A Dangerous Secret." This mission will allow players to "fight against a secret that could jeopardize the funding of the revolution" and offer the opportunity to unlock an exclusive Flintlock Musket.
All of these have only been announced for Europe, so we are still holding out of the US editions. Considering the game is based in the US, I am expecting greatness. So which editions are you preordering?
360 ac3 assassins collectors creed edition ps3 special wiiu xbox